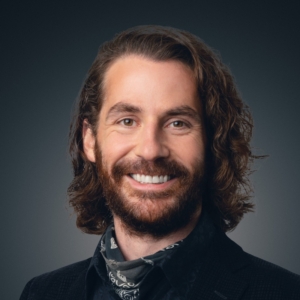 Matt Ketchum is a native of Pittsburgh, Pennsylvania and an Account Manager at Parthenon Japan. After graduating from Hobart & William Smith College in Geneva, New York, Matt moved to Miyako, Iwate, where he taught English until the March 11, 2011 tsunami washed his neighborhood away.

His professional career really kicked off after the tsunami, when he began working with Ganbatte365, an NPO involved in Tohoku Reconstruction efforts, as well as marketing for a local Tokyo art gallery, Subject Matter. From there, he entered market research at CarterJMRN and government relations with Langley Esquire in Tokyo, then to Seattle, WA in 2017 to work in cryptocurrency & blockchain development at New Alchemy and to start a niche travel business, Kaala.

Matt returned to Japan in 2019 as the Executive Director of the Canadian Chamber of Commerce in Japan, where he worked closely with the Canadian Embassy in Japan, the Rugby World Cup, the Olympic and Paralympic Committees, and more. In August of 2020, at the start of the pandemic, he co-founded Akiya & Inaka, a real estate consultancy for Japan’s many vacant properties. In November of 2020, he began his own individual creative consultancy, MKUltraman, which focuses on creatives operating in Japan’s notoriously difficult to navigate Arts and Cultural industries.

Matt is also extremely active in Japan’s underground music scene, where he has attended, performed, and booked concerts for over a decade. In his free time, Matt enjoys surfing, scuba diving, bouldering, hiking, camping, and pretty much any other outdoor activity you can think of.