The Story of Parthenon Japan

Occasionally, we are asked about our name, Parthenon Japan, and how it relates to the Parthenon in Greece.

Our business is to ask deep questions and provide insightful answers to support our clients’ interests. As such, we wouldn’t be doing our job properly without providing a good explanation for our name!

So join us as we journey through ancient Greece and the foundations of modern democracy, and the origins of Parthenon Japan!

The Origins of Democracy

Around 500 BCE in Athens, Greece, the lawmaker Cleisthenes introduced a novel political system, demokratia. He made this term made by combining the words demos (the people) and kratia (power, rule). His idea was to strengthen the Athenian citizenry through meaningful dialogue.

Cleisthenes’ concept was based on three pillars of communication:

Demokratia tried to facilitate communication between the cultures that were evolving and spreading throughout the city. As such, Demokratia required the study of rhetoric and persuasion in discourse. Eventually, these studies are what became the kernel of Democracy as we know it today.

Over the millennia, the concept of Demokratia has grown and changed. But without this origin story, Parthenon Japan would not be the same, so let’s take a closer look!

Ancient Greece is known for its many deities of wares, wisdom, and war. Athena, daughter of Zeus, is one of the most famous. She is a warrior goddess associated with handicrafts such as weaving, and peacetime advice. Additionally, records also show Athena is an expert advisor, with other Greek deities seeking her council in times of need.

Athena is stern and graceful, wearing armor or a Greek tunic called a chiton. She is often holding an olive branch, with an owl watching over her, or with a snake at her side. She also holds onto Medusa’s head, a gift she received from Perseus.

Historical records show that Athena was highly respected amongst Ancient Greeks. She watched over The Arts, and her likeness is everywhere across the ruins we know of today. She is also a main character in Homer’s Odyssey, in which she guides Odysseus home after his 10-year journey.

With such popularity, it was only a matter of time before a city was named after her: Athens. This city is the birthplace of Democracy, and the capital of both Ancient and Modern Greece.

The Heart of an Empire

Athens is an ancient city, with over 3,400 years of recorded history on the southern tip of the Greek peninsula in the Mediterranean. As a result, Athens is at the very intersection of Europe, Africa, and the Middle East, making it a very strategic location.

The city was also a major destination along trade routes. It is truly a center of culture as much as it is wealth. Well, except for that financial crisis thing.

Athens was also a stronghold. Its access to the sea gave it a distinct advantage over landlocked cities. For example, the Acropolis, perched high over the city, was a particularly difficult challenge for intruders.

With such advantages, it is no wonder that Athens became so influential. Most notably, an immense structure stood at the center of it all, built with masterful skill, and dedicated to Athena: The Parthenon.

Maps were disabled by the visitor on this site. Click to open the map in a new window.

The Parthenon’s long history points to the many advances made in Philosophy, Science, and Government during this time. Athena was the inspiration for the genius planning and careful construction of the Parthenon, which was an important government center.

But Empires rise and fall. However, although the Athenian Empire’s time has gone, the lessons taught by Athena and revealed through the Parthenon live on.

These are things valued across all cultures and civilizations, regardless of the name given to the inspiration. The things that build strong relationships, productive societies, and thriving businesses. Parthenon Japan holds these things at the core of our business. 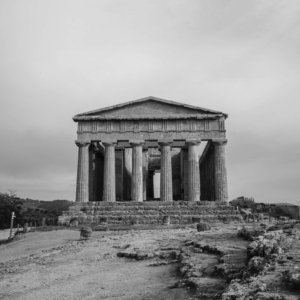 How Parker Discovered The Parthenon

Parthenon Japan’s founder, Parker J. Allen, comes from Chattanooga, Tennessee. A somewhat historic city in its own right, Parker grew up there until moving to Japan in 2007. His interest in Japan began in 2005 during an exchange program between his high school and Tono City, Iwate Prefecture, Japan.

Much of Parker’s youth was spent in the artistic mecca of nearby Nashville, Tennessee. Interestingly, Nashville is known as The Athens of the South, and is home to a Parthenon replica. While not as splendid as the original, it is still a magnificent building.

Originally built for the Tennessee Centennial and International Exposition in 1897, the Nashville Parthenon was supposed to be temporary. However, it became quite popular, received improvements and renovations over time, and still stands to this day.

Nashville’s replica of Athena’s shining beacon of hope and civilization made a great impression on Parker. However, the Nashville Parthenon has some bragging rights over the original. Unfortunately, the statue of Athena in Athens has been lost to time, but Nashville has a beautiful recreation of it. At over 12 meters tall, the statue is the focus of the Nashville Parthenon, just as it was in ancient Greece.

So, Why Parthenon Japan?

Ingrained in Parthenon Japan’s name is our unique approach to business. We aspire to serve as a guide to our clients in building resilient pillars of communication, which represent each client’s unique business goals and communication strategy. However, this is both a bug and a feature: we do not operate with a client is always right mentality.

In short, our job is to provide clients with unadulterated intelligence and advice, not to kowtow. 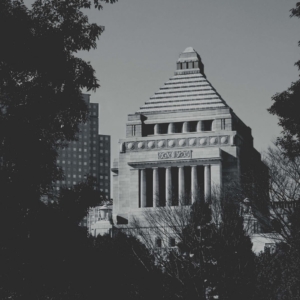 Just like the great works of Athens inspired by Athena, we craft clients that are beacons of resourcefulness, skill, and efficacy. We are masters of our craft, dedicated to facilitating strategy formation and public relations activities in the Japan market.

There is something intangible about The Parthenon that leads people to see humanity’s power and ingenuity. For example, you can look no further than Japan’s National Diet or the Bank of Japan to see the same architectural elements. These methods are applied strategically to instill a sense of power, prestige, and authority.

The relics of the Meiji Restoration, Taisho Democracy, and early Showa eras tell the story of Japan’s rapid modernization. That story is full of examples of active learning and curiosity in building Japan’s modern democracy, economy, and society.

While Parthenon Japan focuses on helping clients navigate the often confusing world of communication, we also reflect on our own history and values. Humans have evolved to communicate beyond words with design, architecture, and other tangibles. Similarly, we are committed to adding value through creativity in everything we do.

In conclusion, each member of Parthenon Japan is a lifelong learner and expert in the arts of persuasion and communication. With our experience and focus on crafting movement through strategic communication, our clients grow their business into something spectacular.