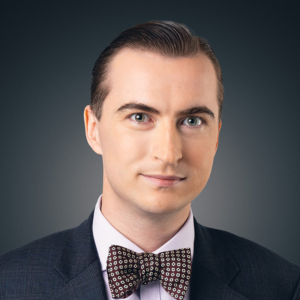 Parker J. Allen established Parthenon Japan in 2018 with the goal of bridging the communication gap between business, government, and society, based on extensive experience as a government relations & PR consultant for global firms in Japan.

Before founding Parthenon Japan, he served as Chief Operating Officer for a Tokyo-based public affairs consulting firm. Prior to that, he attended Sophia University. There, he studied Business, and developed his approach to strategic communication combining global best practices with local intel.

Parker is also an active participant in Japan’s PR industry. He has led several initiatives and study groups advocating global corporate communication & public affairs best practices as a part of the Public Relations Society of Japan. Additionally, he is involved with the American Chamber of Commerce in Japan and the America-Japan Society.

Parker is originally from Chattanooga, Tennessee in the United States, and is passionate about promoting social good. In part, this stems from having benefited from a high school exchange program to Tono, Iwate. In 2017, he lead an initiative to establish a sister city relationship between Chattanooga and Tono.